Postmodern Jukebox - Life In The Past Lane 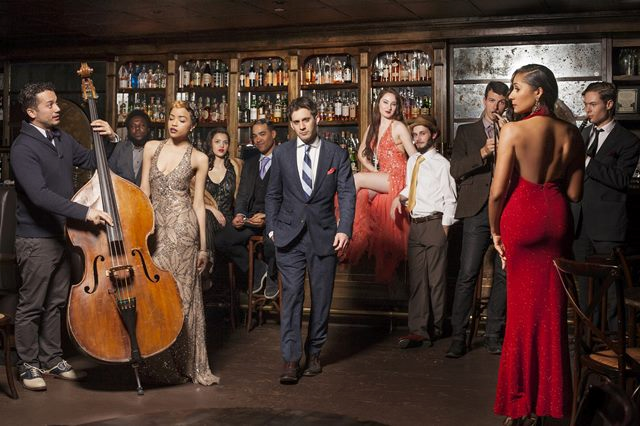 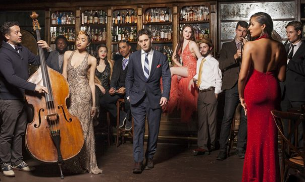 The work of Scott Bradlee & Postmodern Jukebox has been viewed on the ensemble’s YouTube channel well over a hundred million times. Most of those doing the viewing, however, are not fully aware of the method to Bradlee’s madness.

On the surface, the method is video – clips of full-band performances (that’s Bradlee on piano) shot in the bandleader’s living room with a single stationary camera. The madness: pop hits of the present performed à la pop hits of the past. Miley Cyrus’ “We Can’t Stop” assayed as a doo-wop number; Macklemore and Ryan Lewis’ “Thrift Shop” tricked out in flapper jazz; Sam Smith’s “Stay With Me” rendered a 1940s big-band standard.

In fact, Bradlee’s method runs deeper. He’s educating his audience about 20th-century song styles; he’s commenting on the elasticity of the pop form; he’s confounding cultural context; he’s uniting generations; he’s breaking the rules. He’s manifesting postmodernist ideas in his approach to production and business as well as music. But as far as the fans are concerned, it’s just fun (and sometimes funny). Bradlee himself will tell you, simply, “I reimagine a song in another style because I want to hear it that way.”

Discovering talent and knowing what to do with it is fundamental to the business of music. Bradlee is something of a postmodernist here, too, having achieved renown doing everything himself, mostly online, “with no budget” (i.e. using the recording equipment he’d had since college). His adherence to the DIY ethos also suggests the decidedly postmodern form of punk rock. “I was a struggling jazz pianist sitting in my basement apartment in Queens,” he attests, “but I just figured it out and made it happen.”

That said, punk rock is likely not top of mind for those attending a Scott Bradlee & Postmodern Jukebox show. The scene is more reminiscent of a speakeasy, with swells in vintage threads swilling Prohibition-era cocktails. “It’s a variety show, a musical revue featuring special guests,” Bradlee illuminates. “Coming to a PMJ show is like time-traveling back to Old Hollywood – it’s an experience.” Creating that for audiences appears to be PMJ’s ultimate mission.