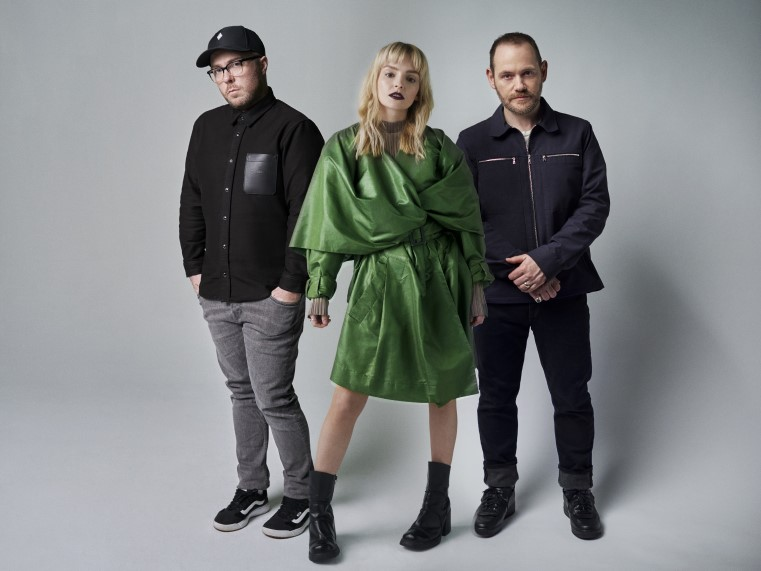 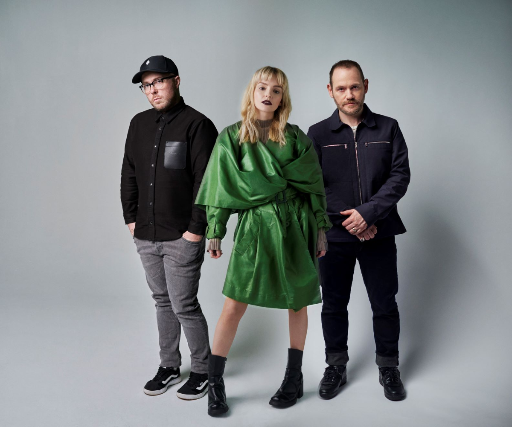 Do you ever envy the final girl? She has been through hell--the Karo syrup blood drenching her is proof--but she has survived, and she knows she has survived because the dawn is breaking, and the credits are beginning to roll. Her story is ending, and ours is just beginning.

To experience 2020 was to experience something of screen violence. It was to struggle to make the people you loved feel more real than the characters on TV shows, and to experience a world of trauma and tumult as if it was another TV show, too. 2021, however, marks a decade together for Iain Cook, Martin Doherty, and Lauren Mayberry--a decade whose sound they have helped to create and define. They have experienced the kind of runaway success that can tempt artists into endlessly replicating past hits.

In their new album Screen Violence, their focus on honesty and exploration seems less like a stylistic choice than a means of creative survival. Screen Violence feels, as titles go, not unlike the music it contains: it makes you think simultaneously of the future and the past. It describes both the days of the Video Nasty and the power the screens all around us wield today--especially if we make a living through them.

"I think for me it was helpful to go into the process with the idea that I could write something escapist almost,” Mayberry says of the album. “That felt freeing initially, to have concepts and stories to weave your own feelings and experiences through but in the end, all the lyrics were definitely still personal.” While Martin Doherty adds, “To me, the screen aspect was a bit more literal. When we were making the record, it was like half of our lives.” What began as a concept was now a lifeline.

It feels strangely intuitive that much of Screen Violence came together when the bandmates were apart. “Basically everything apart from final vocals and mixing was done totally separately,” says Mayberry. It was a time, she recalls, when “everybody was going down the rabbit hole of ‘What things have I done in my life that I regret?’ Once you've done that...everybody's shown each other their dirty laundry. And then it's safer for it to be more open and vulnerable.” Or, as Iain Cook puts it: “If something's got no rough edges, I don't think it's particularly appealing.”

Mayberry sings in ‘Lullabies’, So televise the great disaster/ We’re better off inside of the screen sometimes. Does this lyric refer to the experience I’m struggling to describe, or does it feel to me like it does? To listen to Lauren Mayberry’s powerful directness in these songs is to grasp hold of the power of that abyssal honesty: hearing someone speak their truth makes it that much harder to hide from your own. “Lauren's coming to the writing of the lyrics was a maturity and a perspective that we've never seen before,” Doherty says. “But I actually think that it's a deliberately kind of immature album musically… I think we threw out all the rules on this one.”

“The essence of creating is play,” Iain Cook explains. “It’s taking this one thing in your hand and then another thing that's different and finding a way to make them work together. It's like a puzzle. It's playful and it's fun. If you're trying to make [an album] something that it isn't for whatever fucking reason--whether it's fear or I dunno--then there's nothing fun about that.”

“This band wouldn't exist without the internet,” Mayberry reflects, “so it's been such a huge part of the band in a really positive way. But it's been the worst, most damaging thing for my emotional well-being… Your personality, the personality of song and the personality of the band, is what will connect with people. But those are the first things that you sacrifice when you're scared that people won't like it. It's a trap.” It’s a trap, but some music makes it easier to run and not look back. In many places, Screen Violence feels propelled by the euphoric adrenaline of a final girl’s sprint toward daylight, and it’s easy to imagine a few reasons why: the essential need to connect with both your art and your fellow artists in a time of pandemic and political upheaval; the radical honesty a time might force you to reach for; and, maybe most elusive of all, the willingness to let go of fans’ opinions.

Well, almost all of them.

“To me,” Doherty says, “success is writing a song on your laptop when you're so depressed you can't get out of bed, and one day Robert Smith says he likes the song enough to sing on it. Success is not a platinum song to me. Success is that when one of your heroes co-signs your band in that way… And what happens outside of that, you know, you have literally no control over it.”

Sifting further through the wreckage, I think you just have to laugh, Lauren Mayberry sings in ‘Final Girl.’ It’s a song that gets at the wounded heart of life in 2021 by conjuring the aesthetic of faded VHS boxes, and it’s one of the songs that makes Screen Violence feel like the soundtrack to a horror movie you saw once in a dream. I mean it as the highest possible honor when I say it feels like good music to run for your life to.

In the final cut, Mayberry sings, In the final scene/ There’s a final girl/ Does she look like me? In the landscape of screen violence--violence we experience through screens, commit through screens, and hide away behind screens--there is something radical in the idea that a screen can be used for anything else.

This album is proof.